A jury has sided with the family of Marvin Gaye, determining that Robin Thicke and Pharrell Williams copied parts of Gaye’s song “Got to Give It Up” for their hit, “Blurred Lines.”

The jury ruled Clifford Harris, the rapper known as T.I. who performed on “Blurred Lines” and received a co-songwriting credit, did not infringe on the Gaye copyright.

END_OF_DOCUMENT_TOKEN_TO_BE_REPLACED

Eminem is being sued by Chicago rap outfit Hot Stylz for $8 million, over the song 'Rap God'. In an interview with XXL in November, Raymond Jones, …

The Throne might be in a bit of trouble.
Jay Z and Kanye West are being sued for copyright infringement on their 2011 Watch the Throne tune “Made in America,” XXL reports.
Related: Beyonce and Jay Z’s Cuba Anniversary Trip Deemed Legal by U.S. Government
The claim is being made by New York musician Joel McDonald, who says the rappers and featured performer Frank Ocean stole the concept of the song from his own tune of the same name, released in 2009.
McDonald, who goes by the stage name Joel Mac, is reportedly seeking $3 million in damages.

Gwyneth Paltrow is being sued for copyright infringement 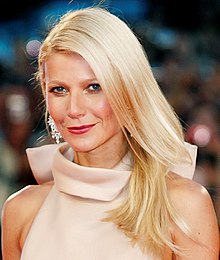 Gwyneth Paltrow is not having a great time recently. FirstBlake Lively tries to snatch away the celebrity lifestyle guru crown.

Then it comes out that her ex, Chris Martin, might be dating Jennifer Lawrence precisely because of how different she is to Gwyneth (although she’s apparently very supportive of the relationship). And now, she’s being sued. Poor Gwynnie.

END_OF_DOCUMENT_TOKEN_TO_BE_REPLACED

If a monkey takes a photo, who owns it?