He was not the only celebrity arrested around this time. China is cracking down on its drug culture considerably, and several famous faces found …

Nude photos of dozens of female celebrities leaked online in September, after a … But Bieber's legal woes this year also included an arrest in Canada, …

Two California judges who had sex in their respective chambers – one with his clerk and the other with multiple women – have been censured for those acts along with other related misconduct, a state judicial commission said on Tuesday.

END_OF_DOCUMENT_TOKEN_TO_BE_REPLACED

Archie Comics— has been slapped with a sexual discrimination suit by three female former employees, the Daily News has learned.

In papers quietly filed in federal court in White Plains earlier this year, Caroline Ohmer, Shirlene Jackson and Catherine Garcia-Bou say they were “subjected to gender discrimination and sexual harassment” while working at the Westchester-based comic book company.

“Archie Comics is a male dominated and male run workplace that disrespects females,” their suit says……………

END_OF_DOCUMENT_TOKEN_TO_BE_REPLACED 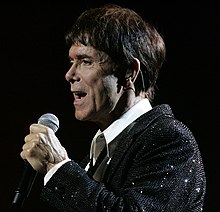 A spokesman for the singer said Richard met with officers on Saturday.

He has not been arrested or charged.

END_OF_DOCUMENT_TOKEN_TO_BE_REPLACED

A band director at an Alabama high school has been accused of committing sex crimes to at least eight young girls.

Jeffery Lance Gainous, 32, was reportedly only a few weeks into a new position in Georgia when he was arrested Wednesday on charges of school employee engaging in a sex act, WALA reports. Police said additional charges are forthcoming.

Gainous taught band at T. R. Miller High School in Brewton, Alabama, for six years. Cops say that he bound and gagged his victims and used other bondage devices on them. Some of the teens were former students, and none of were aware of each others’ alleged involvement with the teacher until recently.

END_OF_DOCUMENT_TOKEN_TO_BE_REPLACED Jackie Chan has expressed his anger and shame over his son’s recent arrest on drug-related charges, in Beijing.

The 60-year-old Hong Kong actor revealed on his official account on Chinese microblogging site Sina Weib that he is “very angry and shocked” to hear of his 31-year-old son Jaycee’s arrest on drug-related charges, the BBC reported.

Chan, who was named an official ‘Narcotics Control Ambassador’ by Chinese police in 2009, further said that he is sad and ashamed of his son, and added that his wife is “heartbroken”.

Justin Bieber has pleaded guilty to careless driving and resisting arrest following … After his arrest in January, Justin thanked his fans for their support.

Justin Bieber is set to plead guilty to lesser charges following his arrest in South Florida in what police initially described as an illegal street drag race.

Two people directly involved in the case said the 20-year-old pop star would plead guilty to misdemeanour careless driving and resisting arrest without violence charges, rather than the original driving under the influence charge.

He also will agree to take an anger management course and make a $50,000 (£29,700) charitable donation, in addition to paying court-ordered fines. The plea agreement does not call for any jail time.

Bieber is not expected to attend the hearing today. The Miami Herald first reported the plea deal.

The star was arrested early on January 23 in Miami Beach after what police said was an illegal street race between Bieber’s rented Lamborghini and a Ferrari driven by R&B singer Khalil Amir Sharieff. Neither was charged with drag racing and there was little evidence they were even exceeding posted speed limits.